Coming back to the Western Front as a visitor is really exciting. The last time I was here was four years ago when we installed all the signs and museum installations for Nga Tapuwae: New Zealand First World War Trails. This visit the plan is to do a few trails using the app, visit some museums and drink cherry beer.

The Somme trail is one of my favourites as it is quite rare where you can drive through the battlefield and stand on trenches that the NZr’s took, and also where the first tanks rolled into action. Listening to Pugsley describe the scenes again is great! I have never been able to just relax and spend a day through these fields listening to the tour, I have always been listening trying to make sure what he says lines up with the features on the ground and that the story is paced right.

An unexpected surprise was this astonishing new addition to the Theipval Visitor Centre. They have used Joe Sacco’s graphic novel book of the first day of the Somme as a mural in the museum and the objects and diary entries complement it. 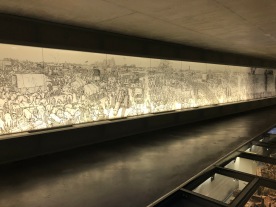 Another reason for visiting this part of the world again is because of a book I was given, Tuai: A Traveller in Two Worlds. It is the story of a young Maori man who travelled to Australia and then the UK in the early 1800s.

He spent a year in London and Shropshire between 1818 and 1819, and this is the vicarage where he lived. Most of the buildings in these shots are from this time, the late 1700s so he would have seen these too. 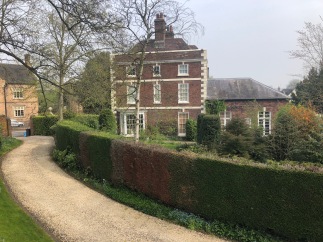 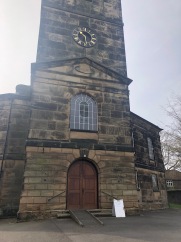 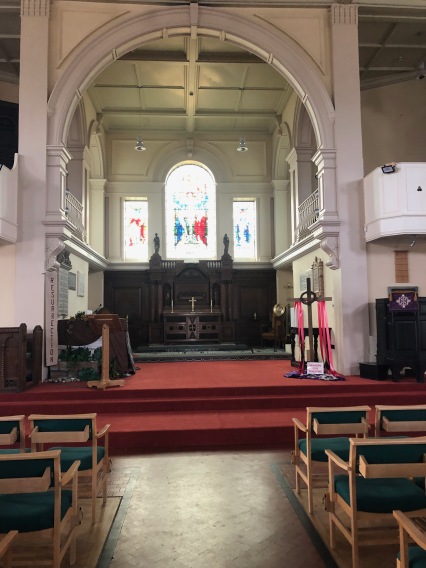 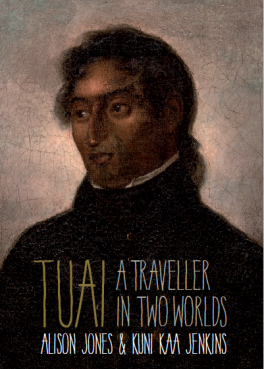 He was the younger brother of Korokoro, a major chief from the Bay of Islands who was in competition with Hongi Hika for access to missionaries, European technology and skills. He and his travelling companion Titere were supposed to spend most of their time in Shropshire reading, writing and praying but unsurprisingly seemed to try and do anything but.

They spent a lot of time down at Ironbridge and were taught skills in many of the factories there. We know he learnt how to make china plates and these images are  from inside the building where that took place. 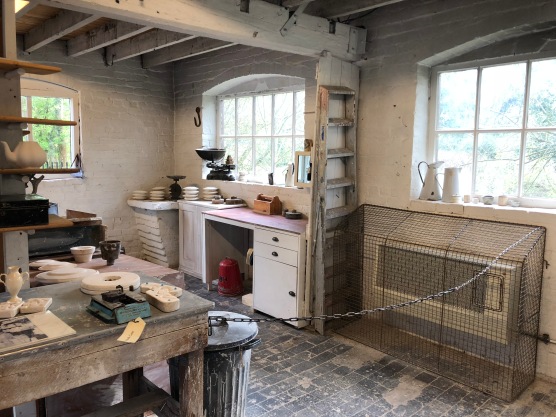 Loxy was finally ready to pick up after some remedial work..

Next stop is Ironbridge in Shropshire. We have actually been here before as this was the first place I drove her, but it was winter and everything was closed. So I’ve come to see the valley again and the amazing network of museums about the beginnings of the Industrial Revolution. I hadn’t realised the scale of the works here before,  extending miles along the river valley.

Each museum opened my eyes to the significance of the valley.

All driven by the coal, steam power and new machines and methods invented and built here as well.

On the walk to the abbey we came across the most amazing sight, this HUGE bird that looked like an eagle eating a pheasant. It was just next to the fence by the path, and just watched us as we walked past.

You could see it had a GPS locator on its wings, but also leather straps on its legs. There is a Birds of Prey centre nearby so figured that… they maybe just let the birds out???

The day after the walk to the abbey we visited the International Centre for Birds of Prey in Helmsley and watched the flying demonstrations, and we recognised the bird  -she is a Grey Buzzard Eagle called Zonda.

The trainer was talking about her while the Zonda was soaring overhead getting ready for the show, and then suddenly she just swooped down and killed a pheasant in front of everyone. The trainer apologised and while trying to clean up the feathers said yesterday she just bloody disappeared in the middle of the show. He ran through the woods to find her but she was just sitting in a tree and he had no idea what she had been up to.

We knew what Zonda had been up to…

You do have to feel for the pheasant population of Helmsley, where the main pastime is shooting pheasants, and everywhere else around the town is within reach of about 20 of the largest bird-killing raptors in the world.

Loxy is in the shop.. will only be for a few days so in the meantime a quick trip up to Yorkshire for some walking and sightseeing. These are from a walk to a nearby abbey ( an 11km walk, which was actually quite a shock to the system). Walking here is like walking through a jigsaw puzzle box, every turn is a postcard picture. 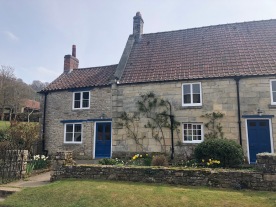 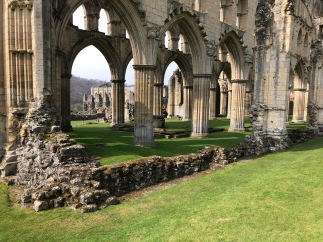 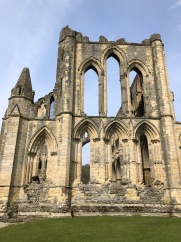 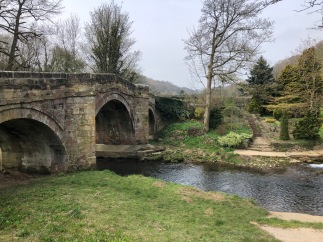 The village of Helmsley has a pub from the 1400s and loads of dogs!

The dogs in the back of the truck belong to a bloke who hires them out to pick up birds from pheasant shoots. It is quite posh here really. In the pub talking to a couple, I mentioned I had a Defender.. they asked what I used it for and I said for travelling. ” Ew!” she said, ” we jest use ours for shewting!” 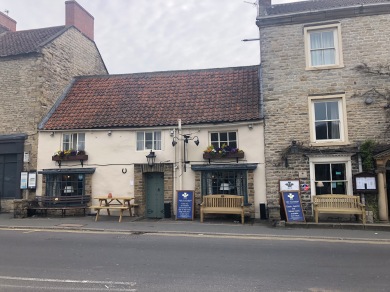