Ouazazate ( pronounced: fast with a lot of z’s) was as far as we planned to get. It is a town on the edge of the Sahara, the rocky edge not the sandy bit which is a lot further away..

To get there involves driving over the Atlas mountains, several hours of winding roads, amazing views, Berber villages and a lot of outdoor, hanging meat stalls. 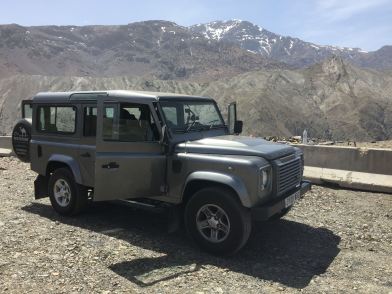 The main economy over the winding roads is selling rocks. Quite lovely rocks, as they have crystals inside them. But it is an eye opener once out of the cities to see the very simple rural lifestyles and the dependence on tourists. 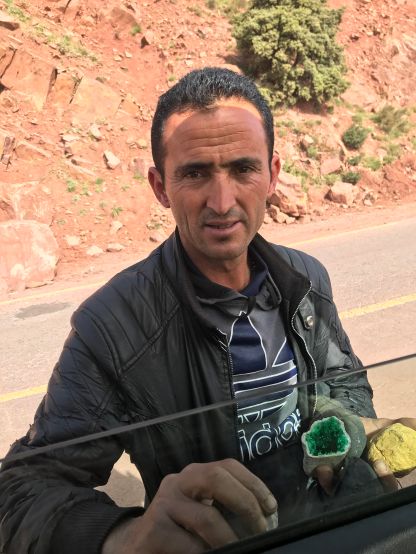 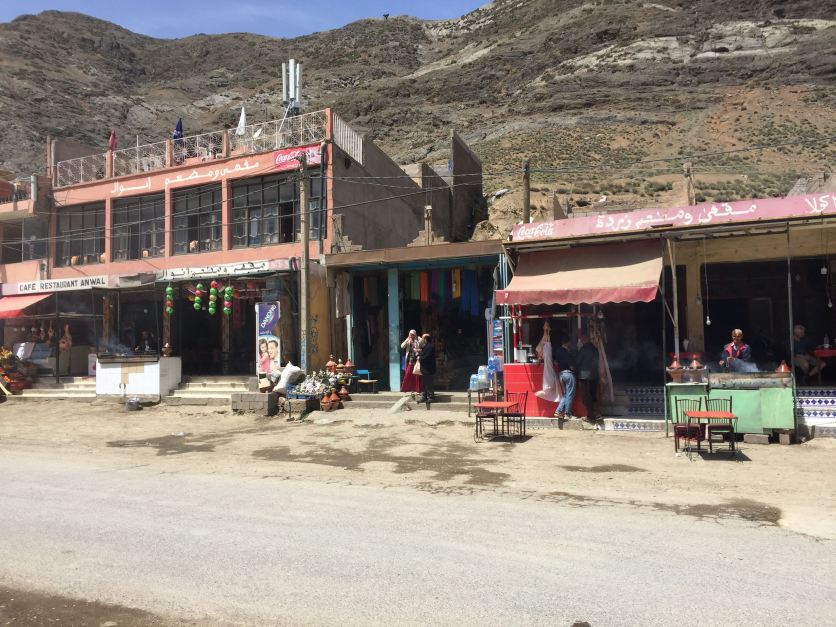 On the other side of the mountain range, naively expecting to find an untouched town on the edge of nowhere, instead we find one of the world’s biggest film sets.. who knew.. Game of Thrones was filmed here ( I’m guessing some of the dragon, slave emancipating bits). 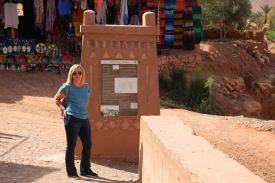 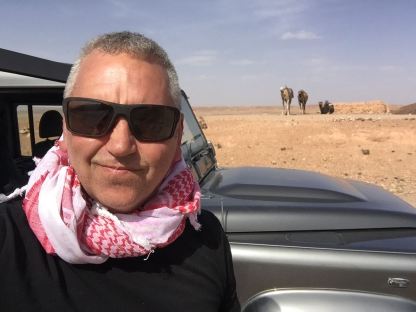 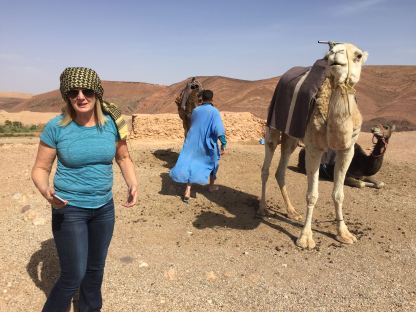 Were there camels in GoT??