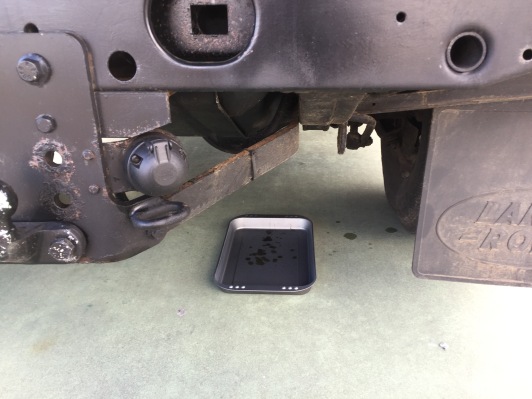 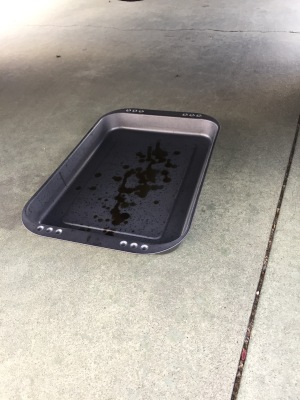 This is an oven tray I bought from a supermarket on the outskirts of Madrid. It is actually part of a nice set, but I took this one out in the shop and pretended I didn’t know that.

The pretty patterns are made by petrol leaking out of the petrol tank. I am trying to measure if the leaking is slowing down or not.

I was made aware of the petrol leak at a service station by an attendant the other side of Madrid, on Good Friday evening with the prospect of no mechanics being available for the next three days. It was actually gushing out from under the truck after I had filled it up. So I was…a little worried.. 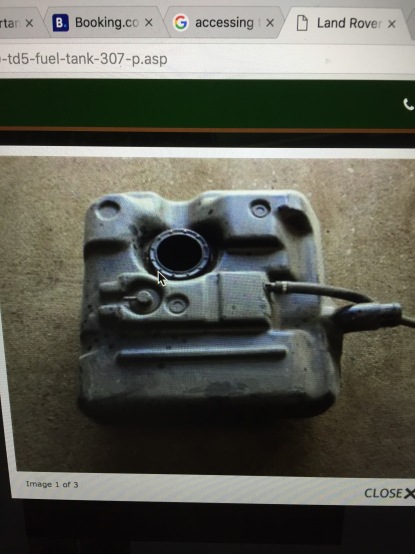 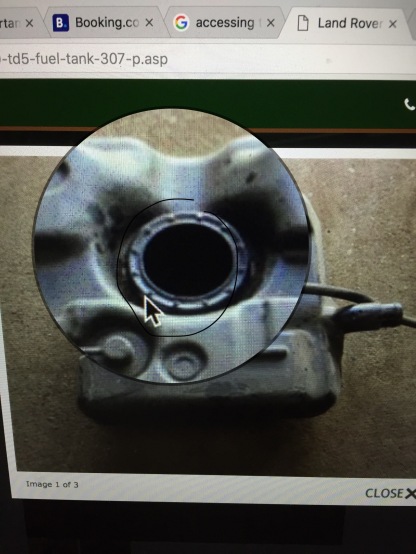 These photos are of a Defender petrol tank from Google images. Apparently with Defenders the gasket can go, and so when the tank is filled above where the pipe enters, it pours out until the petrol is below the gasket line. Then it is fine to drive.

Lesson Two: Google is your friend when you know nothing about trucks