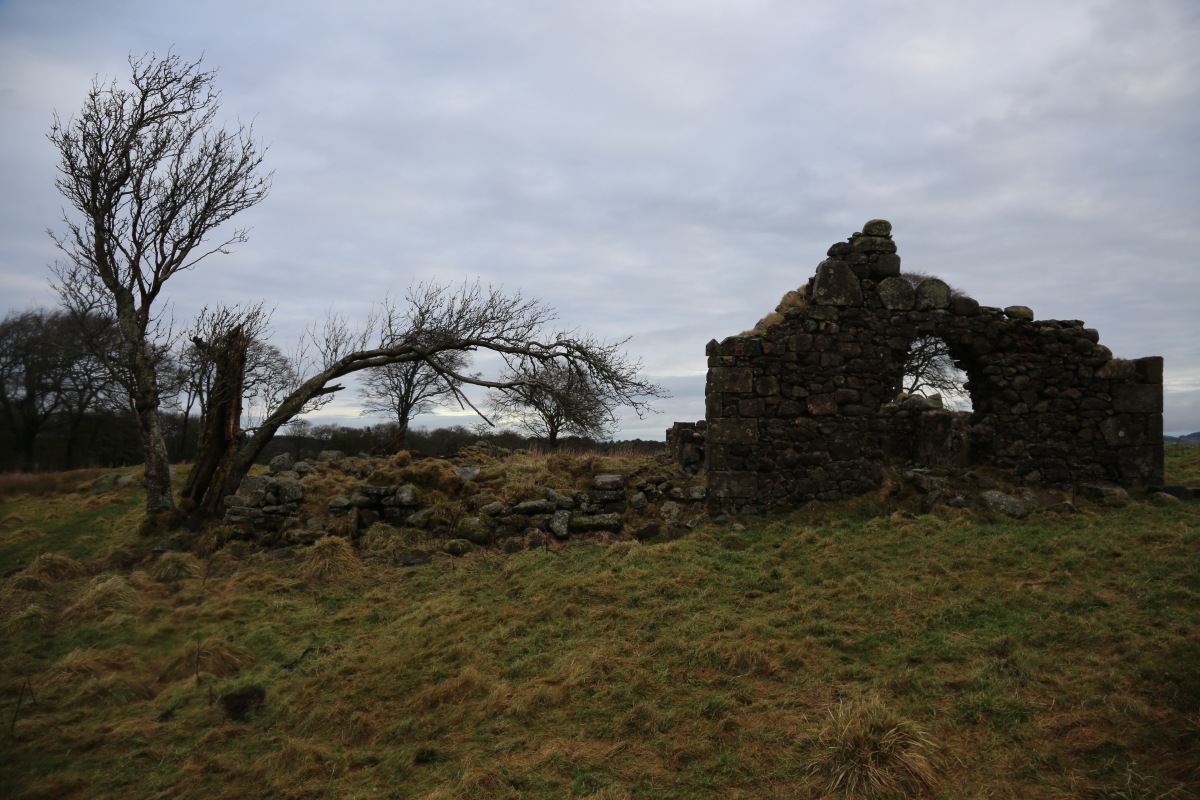 So we are heading to the site that we have seen on Google Earth. When we approach it we can’t quite believe what we are seeing. It is so much more significant than what we expected.

The stonework is really beautiful and it must have been a really solid house with perhaps outbuildings and maybe stone pens for gardens or animals.

We walked around the ruins and just took it all in. Imagining them perhaps building it, quarrying the stone, living in the rooms and of course working from dawn to dusk on the surrounding land.

We had heard another story that after Culloden many of the prisoners were taken by boat to a nearby place called Bo’ness. So it could make sense that between that time, 1746 and the 1780s, the Hays and many others established themselves after being released as tenant farmers ( they didn’t own the land, they just worked it) in this area as they couldn’t go home.

They married into the families of all the nearby farms, the Walkers and the Gentlemans. So this house could have been occupied by a number of these families.

So, we were very pleased with ourselves for finally  getting here to finally walk in their footsteps.

While this site is what we had always understood to be called Drumbowie Farm, which possibly refers to a number of cottages and farmhouses in the area, the farmer whose land it is told us that there is actually ANOTHER farmhouse/cottage ruin further into the woods. And he said that the local name for that farm was Drumbowie Farm..

There is only one thing for it. And we know who to call..